What is Seropositive Rheumatoid Arthritis? 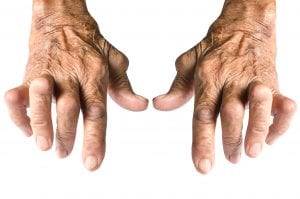 Rheumatoid arthritis (RA) is the most common form of chronic inflammatory arthritis. Unfortunately, for a disease entity that can seriously impair functionality, its cause is still not known. RA is a form of autoimmune disease characterized by symmetric arthritis of several small joints in the body, most commonly those of the hands and the feet. Left untreated, it can cause serious cartilage and bone destruction. Since it involves systemic inflammation, it can affect almost any organ of the body like the lungs and the heart.

Blood tests can detect antibodies that are thought to cause RA, if it detects antibodies then it is seropositive. If none, then its seronegative.

One percent of the population worldwide is affected by RA. Currently, data points to decreasing incidence of RA, particularly in Africa and Asia. Prevalence remains constant, accounting for longer life expectancy among individuals living with RA. It is more common in females, with a ratio of 2-3:1. Lastly, those with first-degree relatives having RA have 2-10 times greater risk of having RA than others.

Since seropositive RA is a systemic disease and can present with almost any other organ dysfunction. A careful examination is critical to its early detection.
Seropositive RA is more common between ages 25 to 55. The incidence plateaus at age 75 and above. The most frequent complaint is early morning stiffness of the small joints of the hands and feet, which typically lasts for more than an hour and can be relieved by physical activity. Initially, the involvement can be monoarticular (i.e. four or lesser joints) and then eventually polyarticular (i.e. more than five joints). It usually involves both sides of the affected body part. Involvement of the most distal joints of the hands is unusual and may indicate coexisting osteoarthritis, the degeneration of the cartilage of the joints. Inflammation of the sheath surrounding the tendons of the finger is common in RA and limits the ability of the finger to flex and extend smoothly, compromising grip strength and range of motion.

Progressive destruction of the bones and soft tissues lead to further deformities such as: 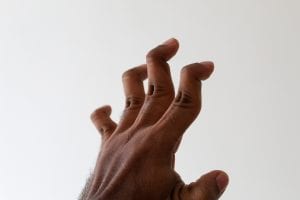 Involvement of the cervical spine should be monitored as instability of C1 and C2 vertebrae can lead to compressive myelopathy and neurologic dysfunction.
Up to 40% of seropositive RA patients develop systemic signs and symptoms like constitutional weight loss, fever, and cachexia. These patients are also more likely to manifest subcutaneous nodules, secondary Sjogren syndrome (dry eyes or dry mouth) and interstitial lung disease. Seropositive RA patients are also more likely to develop rheumatoid vasculitis which may present variably from bruises to painful ulcerations. Lastly, cohort studies have shown that seropositive RA patients have 2-4 times increased risk of developing lymphoma compared to the general population.

Seropositive RA is diagnosed based on clinical manifestations, laboratory results, and radiographic features. Basically, the classification criteria for seropositive RA include the number of joint involved, serology results (e.g. rheumatoid factor and anti-CCP), acute-phase reactants signifying inflammation (e.g. C-reactive protein and erythrocyte sedimentation rate), and duration of symptoms (less or more than 6 weeks). A score of 6 and above makes a diagnosis of definitive RA. These criteria are used to identify individuals who would benefit from the early introduction of disease-modifying therapy.
In some individuals, where serology turned in negative, a seronegative RA diagnosis is made. Some studies show that later in the course of the disease, the serology of these individuals may yield a positive result. Seropositive individuals are more likely to have more serious manifestations.

Without early initiation of treatment, the most common cause of functional disability among individuals with seropositive RA is joint damage. Some self-administered questionnaires are also used for individuals to rate their pain and ease of performing activities of daily living. Information from these assessment tools provides insight into their disease activity and response to treatment. Essentially, the drugs used to manage seropositive RA include non-steroidal anti-inflammatory drugs (NSAIDs), glucocorticoids, and disease-modifying antirheumatic drugs (DMARDs).

NSAIDs help in managing symptoms of RA by exerting their analgesic and anti-inflammatory properties. It is now considered as an adjunct with DMARDs. Caution against chronic use should be exercised as it carries the possibility of developing gastritis, peptic ulcer disease, and kidney failure.

Glucocorticoids are used to manage acute flares and retard the progression of joint damage. Long-term low-dose use of corticosteroids are implemented as it also carries the possibility of developing osteoporosis and increases the risk for infection.

DMARDs are used to slow or prevent structural progression of seropositive RA. Some examples include hydroxychloroquine and methotrexate. However, there are now also biological DMARDs with better safety profiles like rituximab, abatacept, and tocilizumab.

Part of the holistic approach in managing individuals with seropositive RA is making sure they receive education on exercise and physical activity. In general, the goals for these individuals include strength training and moderate exercise for 30 minutes on most days of the week. Good foot orthotics for painful foot deformities is essential to reduce the disability and to provide comfort for the performance of daily tasks. For those already in the later stage of the disease or have failed to start treatment early and are suffering from crippling arthritis, a good wheelchair can still assist to assume daily roles and responsibilities. Lastly, surgery may be considered for refractory joint problems.

FacebookTweetPinLinkedIn
Article written by Iris Tabangcora, M.D.
Iris is a Philippine-based physician currently training in Emergency Medicine. She has been writing for various health websites for the last 10 years. Also a Nursing degree holder, she has spent her energy in educating nursing students on Research and Pharmacology. Her interests lie in medical education, research, and public health.