Why Does Our Immune System Weaken As We Age? Can We Prevent It?

Anti-Aging, Senior Health
Written by: Maki Palad, M.D.
Reviewed by: Mubashar Rehman, PHD
Contents hide
1 Effects of Aging on the Immune System
1.1 Dysfunction of the mechanism of innate immunity [2]
1.2 The Repertoire of adaptive immunity decreases with age
2 How To Prevent Weakening of the Immune System
3 Conclusion
4 References:
FacebookTweetPinLinkedIn

The immune system acts as our body’s frontline defense that fights against infections. It also captures malignant cells and auto reactive cells — the cells that attack their own. Aging is a natural process and it is characterized by predictable changes in the body and as we age, we become more susceptible to diseases. This decline starts to affect people’s health at the age of 60 years. Although several organ systems in the body, such as the cardiovascular system and immune system, age differently and at a varied rate, the overall functionality determines ‘successful aging’ —a state free from diseases and relative functional impairment.

In this article, we peek into how our immune system ages and some possible ways we can counter it.

Effects of Aging on the Immune System 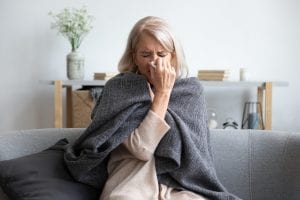 Immunosenescence is a term that describes the changes in our body’s immune system that occurs as we age. It puts the elderly population at risk for chronic inflammation, malignancy, infections, and autoimmune disorders. The immune system can be divided into innate and adaptive immunity. The innate immune system made up of macrophages, neutrophils, and natural killer cells is the first line of defense and are present at the time of birth. On the other hand, the adaptive immune system that consists of the T and B lymphocytes develops during the lifetime as the individual is exposed to different antigens. Age-related changes that affect the cells of both systems lead to the decline in immunity [1]. However, it is said that aging affects adaptive immunity more.

Dysfunction of the mechanism of innate immunity [2]

The Repertoire of adaptive immunity decreases with age

The overall functional response of immune cells is affected in normal aging. Some studies show that vaccination in the elder population also resulted in a poor response compared to the younger population, possibly owing to the negative effects of aging on the immune system.

How To Prevent Weakening of the Immune System 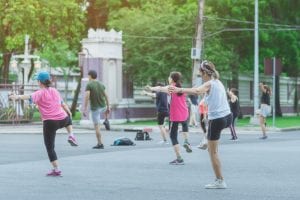 There is no stopping to a natural process such as aging.

The hallmark of a weakening immune system is the propensity for recurrent infections. As we age, unfortunately, our immune system grows old with us. The effects of aging on our immune system are something that we cannot fully reverse; several factors play their role in deterring the overall health profile of an aging individual. A desirable goal would be to delay the aging process and achieve functionality into old age both physically and cognitively.