What Not to Say to Someone with Alzheimer’s 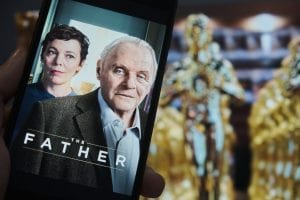 But the gut punch comes when he insists “This really is my flat.” A pause. His eyes wander around, suddenly unsure--- “Isn’t it?”[1]

This is not only a scene from a movie. This is also something that those caring for someone with Alzheimer’s disease struggle with daily.

What is Alzheimer’s disease? 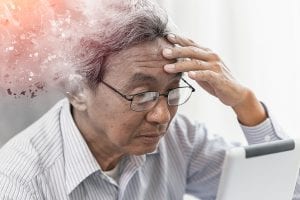 Alzheimer’s is an insidious, progressive, neurodegenerative disease.[2] Even without understanding the jargon, there is something almost sinister about the description.

It’s a disease that sneaks up on a person’s memory. Small lapses are shrugged off until it’s noticeable enough to merit a trip to the clinic. When the doctor asks, it’s hard to pin down the exact moment the memory decline started. Only that it did and that it continues to get worse. Progressive and degenerative is a snowball hurtling down a mountain that seems impossible to stop. Not the medications can turn Alzheimer’s into a different course.

But Alzheimer’s disease tackles a specific kind of memory, at least initially. The impairment starts with short-term and episodic memory.[2] We tend to remember events linearly and consecutively. We can draw a timeline between going to the bank two days ago, and making soup for dinner tonight.

A person with Alzheimer’s stumbles in their episodic memory. They can forget where they’ve placed certain objects. They can forget that they’ve already eaten lunch with everyone. Sometimes, they forget questions that were asked just a few minutes ago.

Don’t argue with them.

That’s probably easier said than done. But arguing is one of the most common communication mistakes caregivers make.[3] Correcting someone who believes in their reality can turn into frustration on both sides. In turn, certain disruptive behaviors can follow frustrating communications.[4]

But if you shouldn’t argue with them when they’re wrong (and potentially a danger to themselves), what do you do?

You make conversations into a sort of improv session.

Nana says that she’s “headed for work”. Her bags are ready and she’s at the front door. The first instinct might be to argue that she hasn’t been working for several years now. It could be easier to tell them to go stay inside so they don’t wander off and forget where they’re heading. But you will meet resistance.

Don’t argue with her reality as a “working person”. Instead, give Nana a reason to stay home in the meantime. “But it’s a Sunday! You should take a break from work.” Or tell her that you’re on a vacation. With the disease, she is likely to forget that she wanted to go out in the first place.

The same is true when the topic of a recently deceased loved one comes up. Having them relive the grief that comes with someone’s death may not be worth correcting. Especially, when they’re likely to forget the question soon after.

“Don’t you recognize me?”

People with Alzheimer’s have a more difficult time recognizing faces in general-- be it family members or strangers.[5] It is heartbreaking to have a parent look at you as if you are a stranger. This is, understandably, one of the harder things to deal with.

Because their episodic memory is jumbled,[2] They don’t always exist in the same present as we do. It may be the 21st century for us. But to them, they could be in their twenties, fresh out of school. They might not understand how they could have a child that looks “older” than they are. This can lead to assigning people with roles that were meaningful to them at a certain place in time.

Episodic memory is affected, but often, in the early stages of Alzheimer’s, the emotional memory is left intact.[6] So they can see a person who they know means a lot to them, but they aren’t oriented to the present. They can look at another 20-year-old man and, not realizing their own age, call him brother instead of his grandson. But emotional memory might not be spared in late-stage Alzheimer’s disease. There may come a time where they can no longer reach too deeply down their long-term memory for a name-- only the label of a kind stranger.

In those moments, what can you do?

You can ask them about the person they mistook you for instead of correcting them that you’re not this person. It might be the start of an interesting story you haven’t heard from them before. It might bring out fond memories-- or at least some funny ones.

“Hurry up and pick something.”

The person you’re caring for has Alzheimer’s and they’re not in the best mental state to be making decisions. So, you make most of the household decisions. But it is important to keep people with Alzheimer’s in the decision-making process ̶  or at least appear to be part of it.[7] A sense that they are in control is important, especially when dealing with a disorder that steals memory and sows confusion in its place.

It is better to ask for their opinion. But, we must be cognizant of the fact that too many choices will also confuse people with Alzheimer’s.[7]They might not be able to store in their working memory too much information-- promptly forgetting why they were considering this or that choice.

Oh, and it’s best not to hurry them up.[7] Time is a vague concept to those who suffer from short-term memory loss. They can’t tell how long it’s been since they were told to decide ̶they may only notice the tone of the voice. They need to pick and they need to pick fast. As any time limit would, it creates a sense of urgency and of panic. This could be paralyzing for the person and could be a negative experience.

Ask for their opinion, especially when it directly concerns them. But, don’t leave them too much to decide on. Perhaps, present them with two options-- both of which you’re happy with. Leave them some time and keep some patience in your pocket when you ask about these things.

Caring for someone with Alzheimer’s is hard. Even knowing and reading through all the tips and tricks may only go so far. Knowledge on how to properly communicate does not reduce the sting of being forgotten or the frustration of going through the motions over and over again.

But it helps reduce the friction between interactions. Because these tips that we have provided rest on empathy instead of dismissiveness or comfort, instead of anger. This approach can lead to less agitated patients[8] and more meaningful interactions with those we love.

FacebookTweetPinLinkedIn
Article written by Amanda Cheong, M.D.
Dr. Amanda Cheong spent her formative medical years within the walls of the Philippine General Hospital, a high-volume tertiary institution built to serve the underserved. After graduating with a degree in medicine, she went on to write, edit, and compile healthcare stories from the start of the COVID-19 pandemic for an online anthology. Currently, she is involved in medical research as well as volunteer telemedicine consults. She enjoys writing fiction on the side when she’s not tending to her plants and three pet turtles.