Top 5 Reasons That Increase The Risk of Falls in Seniors

Mobility Issues, Senior Health
Written by: Maki Palad, M.D.
Reviewed by: Mubashar Rehman, PHD
Contents hide
1 We look into the Most Common Reasons that Increase the Risk of Falls in the Elderly Population:
1.1 Advancing age
1.2 Taking too many medications
1.3 Having poor vision and hearing
1.4 Suffering from chronic or life-long conditions
1.5 Home hazards
2 Conclusion
3 References
FacebookTweetPinLinkedIn

Fall may seem like a minor injury to some but for the elderly population, it poses a huge health risk. More than one out of four older people fall each year, and one out of five falls lead to serious injuries like broken bones or head injury [1]. In the United States alone, there is an increasing trend in the death rates from 2007 to 2016 with an estimated 30% increase within this time period [1]. Falls are not only alarming but they can be costly as well. In 2015, more than $50 billion was spent on medical costs related to fall [2].

We look into the Most Common Reasons that Increase the Risk of Falls in the Elderly Population: 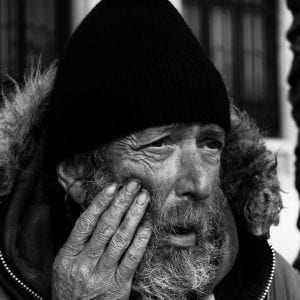 Falls increase significantly with age group and those aged 75 years old and above reported a higher percentage of fall than those aged 65 to 74 years old [3]. This is probably the most inevitable risk factor related to fall owing to the age-related disturbances in the normal functioning of the neural and muscular network of the body which leads to a greater risk of falls in the elderly population. As an individual age, the combined effect of the sensory, neurological, and musculoskeletal framework that maintains stability and voluntary movement declines. This effect is also seen as slowed reflexes and delayed reaction time.

Taking too many medications 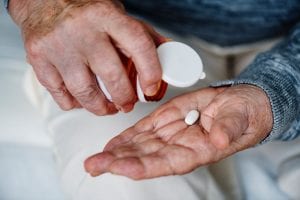 The majority of older individuals use at least one drug as they age. The use of some medications, even over-the-counter medicines, may cause falls in the elderly population [4]. Antidepressants and sedatives are noted to have the strongest association. They act on histamine and adrenergic receptors that lead to sedation and confusion which can contribute to a senior citizen falling. Polypharmacy, or the use of at least five drugs, is also an important risk factor. Some studies claim that a drug with increased fall-risk is a risk in itself for the elderly[6] . However, polypharmacy still remains one of the significant causes of falls in the elderly.

Having poor vision and hearing

Several studies have found that impaired vision contributes to falling down frequently [3,5]. This can be associated with the decreased sensory unit that aids in the stability and balance of the elderly. Although some studies show inconclusive results linking hearing disorders to falling down, there may still be a contributory aspect to it because of its participation in maintaining gait and balance. Poor vision and hearing may be related to advancing age or a manifestation of a chronic condition. However, regardless of the cause, this impairment can contribute to the risk of falling.

Suffering from chronic or life-long conditions 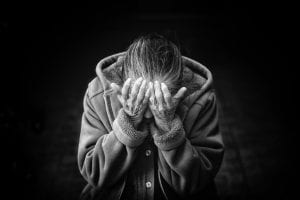 For a healthy, active elderly, the risk of falls is minimal, suggesting that the falls in this group of elderly population is more related to external factors. However, senior citizens suffering from at least one chronic condition such as dementia, depression, arthritis, stroke are more likely to fall compared to a healthy active, older persons [5]. The highest fall injury percentage is among those who have depression and stroke. Those who have difficulty performing normal daily activities such as dressing up, bathing, or climbing the stairs are more prone to falling. Cognitive impairment is also associated with gait and balance issues that increase the risk of falling down a lot. 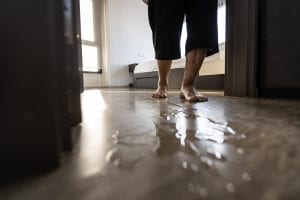 As mentioned earlier, healthy and active elderly are less likely to suffer from a fall than those with chronic conditions who can be frail and impaired. This suggests that situational and environmental factors are, for the most part affecting their risk. Fall incidents among healthy and active elderly are said to occur during risk-taking activities such as running, and are more likely to be noted away from home with an obvious external contributing hazard [3]. On the other hand, falls in health-impaired elderly are reported even during routine activities at home or in a familiar environment [3]. These activities entail basic mobility and functionality like ambulation. Poorly designed environment and setup, especially at home pose a greater risk to fall injuries. Subtle cues such as dim lighting, uneven steps, and slippery floors are some of the hazards that lead to fall incidents.

Older people often have a worse outcome from fall incidents owing to several determinants and contributing factors. In summary, physical impairments, disabilities, and chronic conditions affect the risk of injuries when the elderly start falling. The number of risk factors appears to have an effect on the outcome and risk of injuries. For example, the elderly suffering from dementia and living in a poorly designed home setup is more likely to fall than the elderly with just poor hearing [5]. However, this is not true for all situations, and further research needs to be done. Knowing these risk factors for falls and the burden of injuries aids in the study of preventive interventions that could be done. Although extensive investigations are still needed, it creates an elbow room from which individuals can create a balance between risk reduction and preserve independence and quality of life.

Understanding Migratory Polyarthritis
November 8, 2021
Viral Arthritis: Symptoms, Diagnosis, and Treatment
November 2, 2021
Why It's Bad To Ignore Mini Strokes in the Elderly
October 27, 2021
What a Pain in the Knee! Occasional Knee Pain and How to Deal With It
January 19, 2022
Knee Pain When Walking Down the Stairs: Causes and Reliefs
January 12, 2022
Should You Get a New, Used or Rent A Knee Scooter?
January 5, 2022
Is Peroneal Tendon Tear Dangerous?
December 20, 2021
6 Ways To Make A Knee Scooter More Comfortable
December 15, 2021

Understanding Migratory Polyarthritis
November 8, 2021
Viral Arthritis: Symptoms, Diagnosis, and Treatment
November 2, 2021
Why It's Bad To Ignore Mini Strokes in the Elderly
October 27, 2021
What a Pain in the Knee! Occasional Knee Pain and How to Deal With It
January 19, 2022
Knee Pain When Walking Down the Stairs: Causes and Reliefs
January 12, 2022
Should You Get a New, Used or Rent A Knee Scooter?
January 5, 2022
Is Peroneal Tendon Tear Dangerous?
December 20, 2021
6 Ways To Make A Knee Scooter More Comfortable
December 15, 2021