Can a Person Die from Dementia?

Dementia is a progressive decline of brain functions. Our brain is the command center for controlling everything that goes on in our bodies; it has the final say in how you think, how you move, and what you feel. Dementia slowly deteriorates brain functions, starting from mild memory deficits up to severe compromise in the ability to live normally. The most common cause of dementia is Alzheimer’s disease.

Dementia does not kill someone itself. The death occurs due to other underlying issues that remain unaddressed due to dementia. Think of what you would do if you felt hungry? You would either get food yourself or ask someone to get it for you. Imagine, what would you do if I say that you are not able to get up because you do not know how to move, and you cannot cook something because you don’t know any recipes, or you cannot ask someone because you have forgotten how to speak. Not to mention the fact that even if you manage to get the food somehow, you cannot eat it because you do not know how to swallow. That is what the final stages of dementia look like. Dementia would not kill the person; however, starvation definitely would.

The most common causes of death in dementia are bronchopneumonia and ischemic heart disease[1]. Several other ways of how dementia can lead to death are given below: 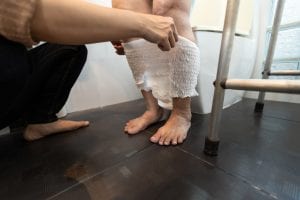 Urinary Tract Infections(UTIs) are also one of the common causes of death in the elderly with dementia[2]. UTIs are not very serious infections if they occur in a young person. They are more of a discomfort than a lethal disease. Patients with dementia lose their bladder and bowel control. If they cannot go to the bathroom, it leads to unhygienic conditions that lead to complications. A patient with dementia may not be able to acknowledge and address the UTI. The persistent infection eventually leads to sepsis. Sepsis is a severe complication of many infections that leads to organ shutdown and spread to other organs. Multiple organ failure eventually causes death. 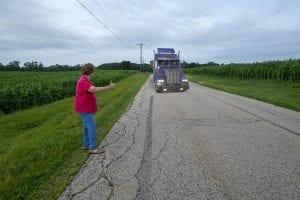 Patients with dementia are at an increased risk of fall [3]. Many patients tend to wander and get lost in previously familiar places. Patients may be found wandering the streets of their own neighborhood, unable to find their way back home. These wandering episodes are associated with falls and roadside accidents that might be one of the causes of death in dementia. 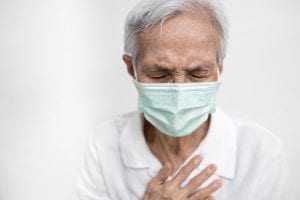 Pneumonia is the infection of the lungs. The only thing supposed to be inside the lungs is air. Anything else leads to severe respiratory compromise. Our brains have multiple mechanisms to prevent the inhalation of anything other than air. Whenever someone inhales solids or liquids, their brain initiates a cough reflex to forcibly cough-out the foreign material from the respiratory tract. In dementia, the part of the brain that controls the cough reflex may be compromised. Along with that, the part which controls effective swallowing may also be damaged. This leads to ineffective swallowing and an increased risk of inhalation (or aspiration) of food into the respiratory tract. Since cough reflex is impaired, patients with dementia may not be able to clear their airways. This leads to infection of the lungs called aspiration pneumonia[4]. 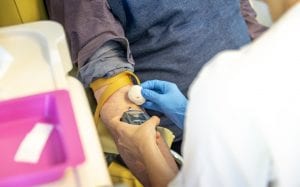 Dementia is more common in the elderly. Patients in this population group have other comorbid diseases, for example, diabetes mellitus, hypertension, cardiovascular diseases, and respiratory diseases. With dementia, it becomes increasingly difficult to care for yourself, and these underlying diseases run amok. 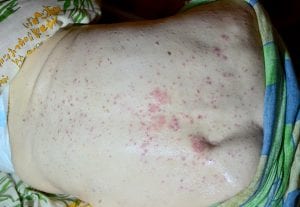 In the final stages of dementia, the patient may be bedridden and unable to move. In addition, their brain stops responding to painful stimuli. Inability to move causes pressure on the skin leading to skin breakdown and pressure ulcers[5]. These ulcers may get infected and lead to sepsis. Pressure ulcers can be prevented by proper nursing and repositioning of patient every few hours. 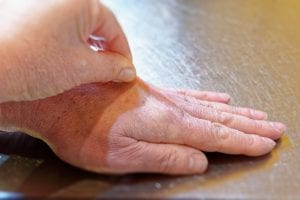 Pulling the skin up on the back of the hand to test the skin turgor, checking symptoms of dehydration

Dementia is a serious and debilitating disease. Patients do not die from dementia itself but because of other comorbid conditions that are exacerbated by dementia. Dementia starts with mild memory loss and eventually progresses to complete dependence on others to live. Round-the-clock nursing care may increase the lifespan of the patients, but death cannot be prevented.

FacebookTweetPinLinkedIn
Article written by Syed Naqvi, MBBS
Dr Syed Naqvi is a graduate of King Edward Medical University which is one of the top medical schools in his country. He has a 10-year editorial experience working on different projects. He has spent countless hours in pursuing his lifelong dream as a doctor. Ever since clearing his United States Medical Licensing Exams, he has been pursuing different aspects of medical education to broaden his scope. His interests lie in medical education, philosophy, and writing. He likes to write books for personal use and recently finished a 3000-page medical book. He likes to spend his free time reading philosophy, psychology, and medical books.